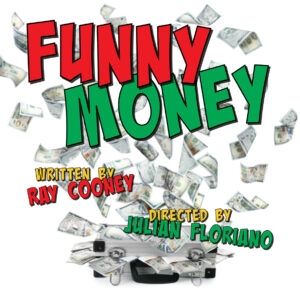 What would you do if you arrived home from work and discovered that you’d picked up somebody else’s briefcase on the train? Then you opened that briefcase and discovered it contained a cool £735,000 in cash?

Good natured accountant, Henry Perkins, has accidently picked up such a briefcase and his first inclination is to escape to Barcelona with his wife Jean, a richer and happier man! But unforeseeable events intervene. Jean hits the brandy a bit too hard, one of Henry’s brothers is lying in the morgue and the other is apparently moving to Australia, a taxi-driver adds to the confusion whilst two policemen face serious consequences, and a Dutchman arrives with a broken leg wanting his money back. And then things start to get complicated.

Funny Money, turned into a film in 2006 starring Chevy Chase, is a classic stage farce with laughs that build to an epic final curtain.

By Arrangement with ORiGiN™ Theatrical On Behalf of Samuel French A Concord Theatricals Company. 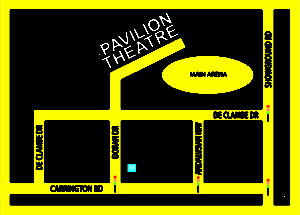